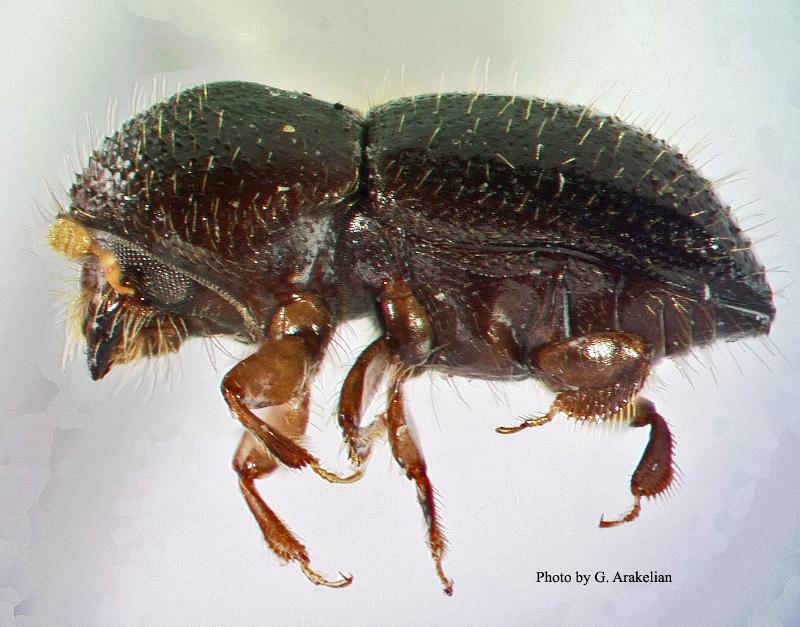 It’s smaller than a sesame seed. And it can kill your trees.

It’s the Polyphagous Shot Hole Borer, and it’s an invasive, non-native species that is posing a new threat to several varieties of trees in Southern California, including Oaks, Avocado trees, Castor bean and Box elders, according to the Center for Invasive Species Research and the University of California, Riverside.

It’s not actually the beetle that kills your tree – it’s the fungus the beetle is carrying when it bores into the tree’s bark. And yes, it can be fatal to the tree. What’s truly unfortunate about this particular new threat to Southern California trees is that there is no known cure.

Well, in a way, trees are like humans: Prevention is a key to living a healthy and happy life.

Stay Green’s team of experts is on top of the problem, and we’re constantly developing treatment and feeding plans to not only keep trees healthy, but also make them unattractive hosts for fungus-toting beetles.

The prevention measures include proper water and nutrients, deep root feedings and application of preventive insecticides. In some cases we may also perform collar excavation utilizing an “air spade,” if needed. And, the team can utilize bark treatments that are designed to prevent boring, and protect the tree.

Staying on top of these kinds of threats is an important role for Stay Green’s team of professionals, and we take great pride in identifying pests and other dangers that can impact the trees and shrubs that beautify our clients’ properties – and, in some cases, bear delicious fruit, like avocados.

Hopefully, the Polyphagous Shot Hole Borer will get the message as we prepare trees to thwart its attacks: We don’t need it or its fungus around here.

Additional details about the Polyphagous Shot Hole Borer are available on the CISR website.